Government officials and industry experts held a roundtable discussion focusing on economic growth and job creation in the Ocean State and throughout the country. Welcoming the guests, President Eric Hall noted that with over three decades of composites expertise, Hall was proud to provide such an ideal venue for the event, showcasing the latest in composite technology and manufacturing. 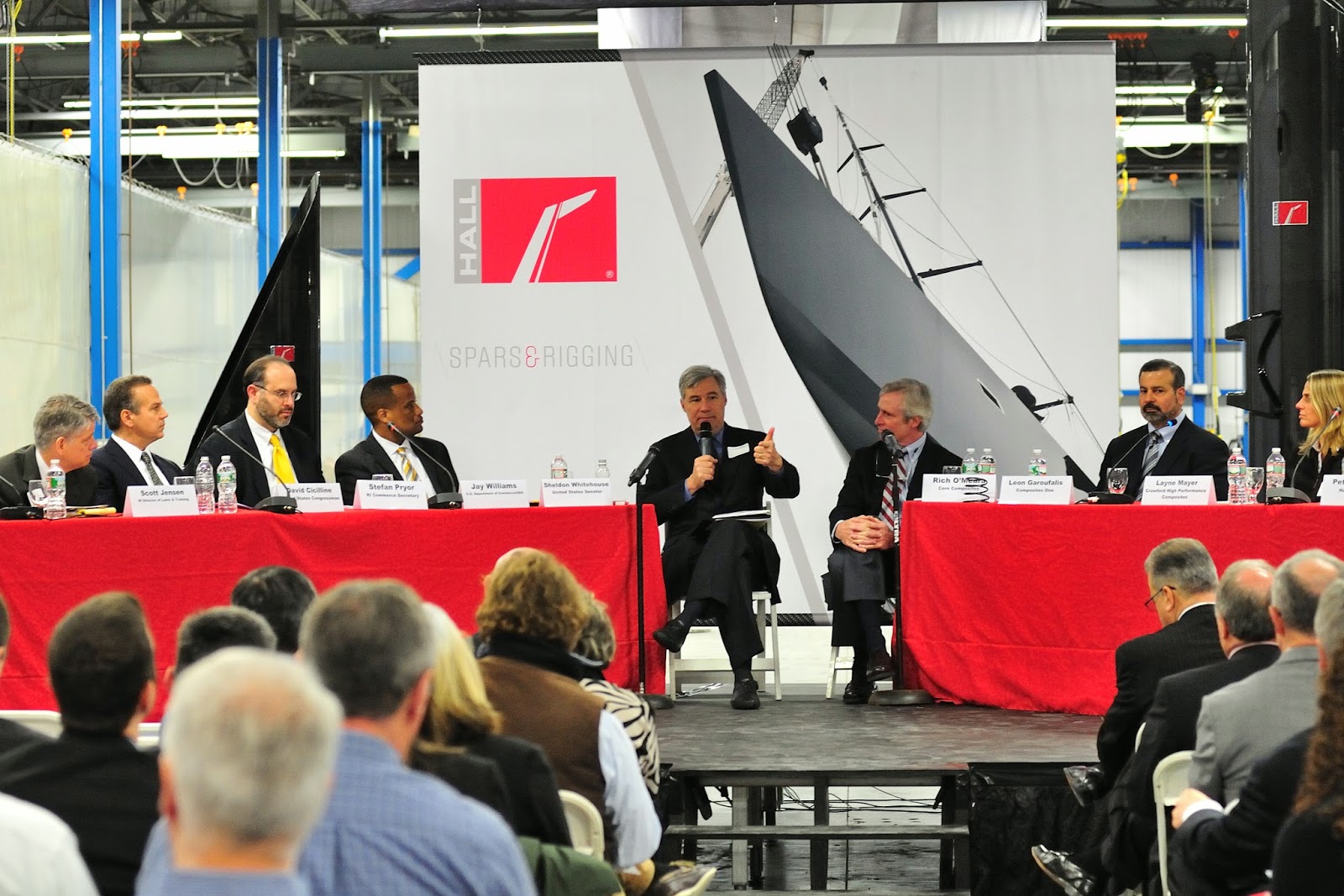 U.S. Senator Sheldon Whitehouse hosted the head of the federal Economic Development Administration (EDA), U.S. Assistant Secretary of Commerce for Economic Development Jay Williams, on a day-long tour of Rhode Island, beginning with the forum at Hall.  They went on to meet with additional Rhode Island businesses and discussed ways that the EDA could support economic growth and job creation in the state.

“EDA funding is giving Rhode Island employers the tools they need to grow and hire,” said Senator Whitehouse, “and it’s helping to build infrastructure that makes our state a more attractive place to do business.  As our state’s economy continues to rebound we’ll need more investments like this, and I believe today’s visit helped Assistant Secretary Williams and his team at EDA see that sending federal dollars to our Ocean State will continue to pay off.”

“As the Rhode Island economy continues to recover, it’s important that we take advantage of every available opportunity to leverage federal funding that will get Rhode Islanders back to work and grow our economy,” said Cicilline. “I thank Assistant Secretary of Commerce Jay Williams for joining us in Rhode Island today and highlighting the importance of investing in local infrastructure projects, as well as new opportunities for our manufacturers and small business owners to expand their operations and compete in a global marketplace.” 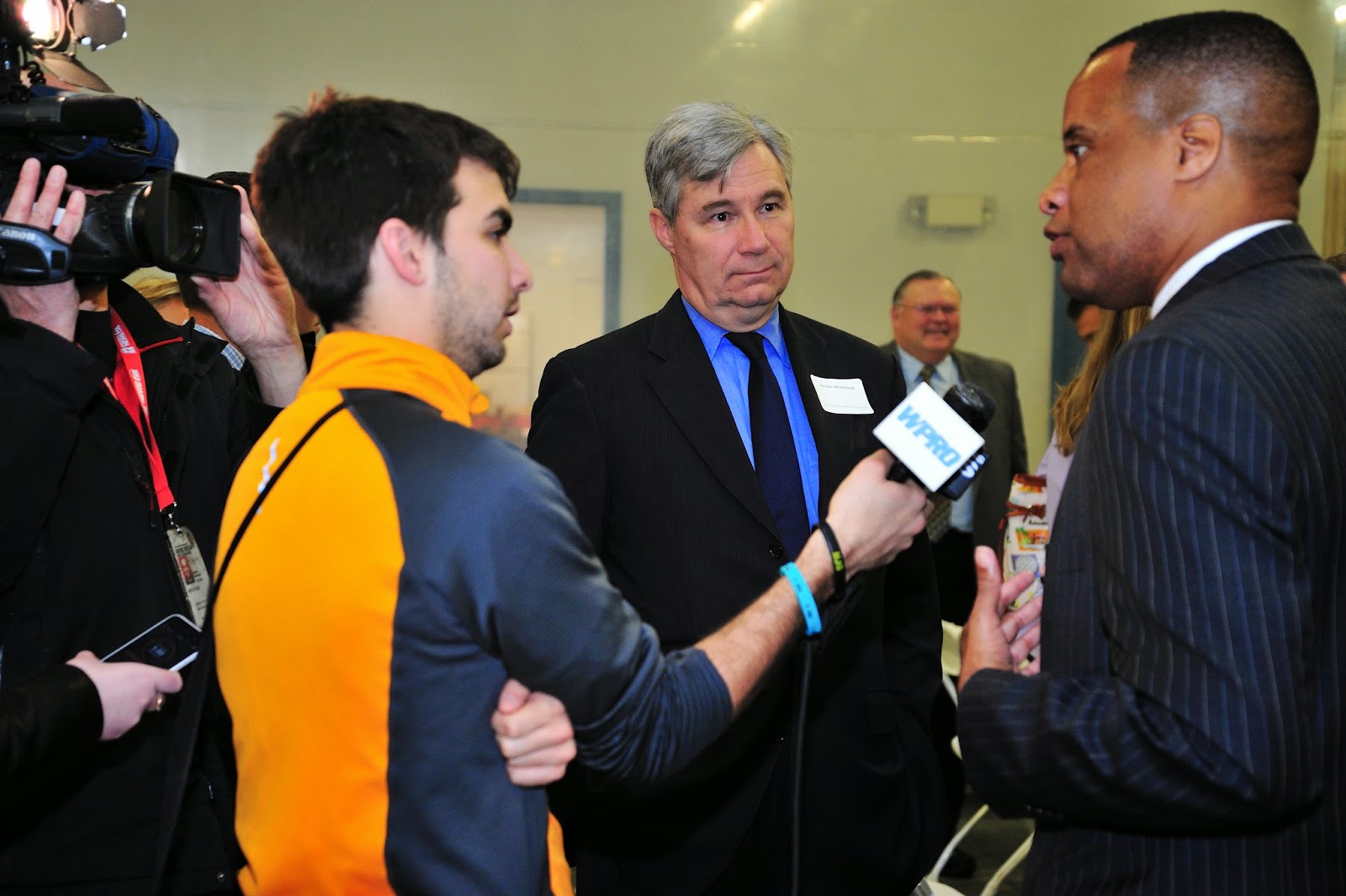 “I was honored to see first-hand how Rhode Island is working collaboratively to build on its impressive history as a manufacturing and maritime engine,” said Assistant Secretary Williams.  “Through the coordinated efforts of the congressional delegation, and with solid buy-in from civic and business leaders, Rhode Island is capitalizing on its assets and innovating today to build the next generation of job-creating businesses.  EDA has been, and will continue to be, a proud partner.” 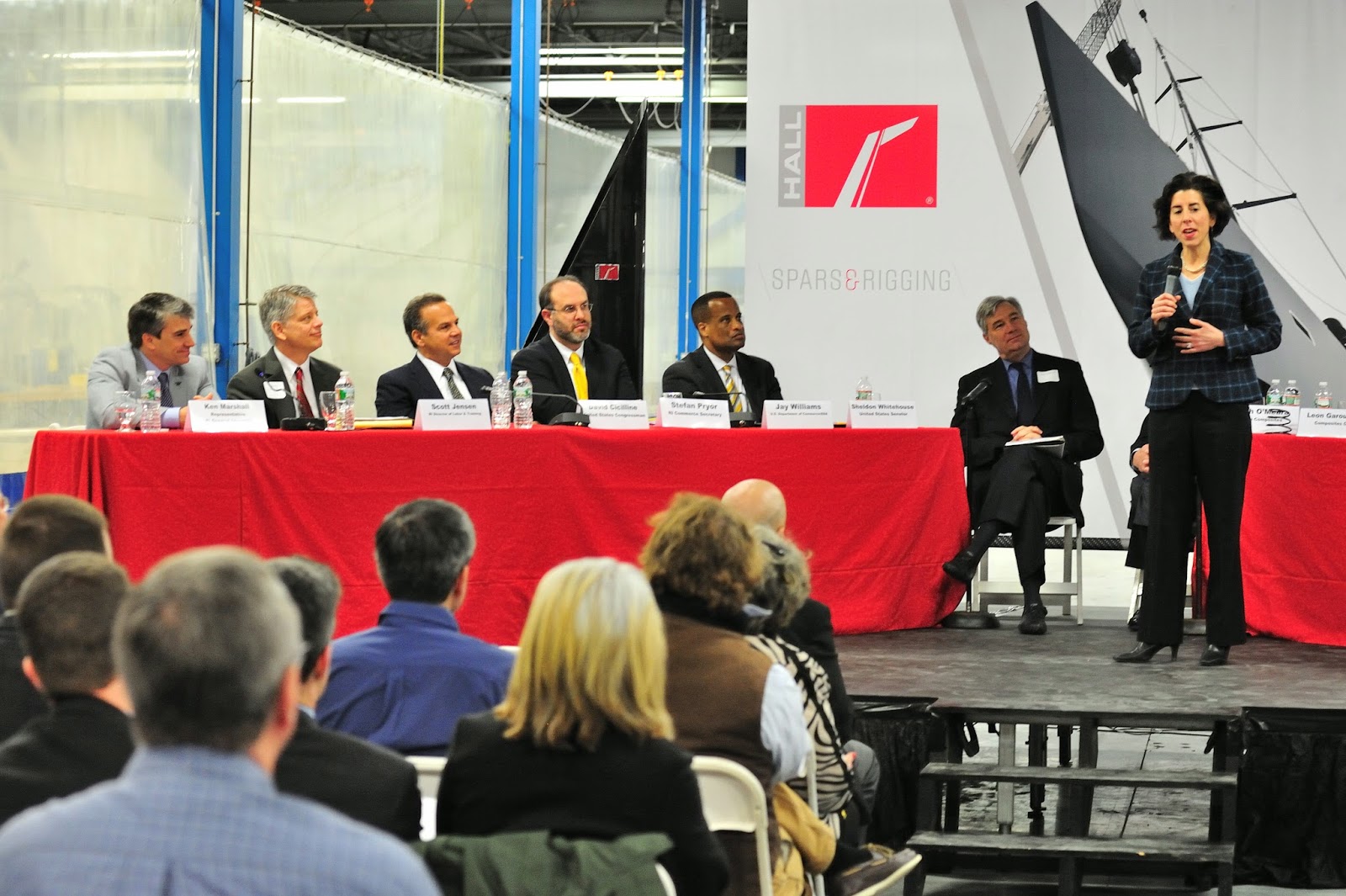 “My jobs plan is designed to help businesses make it in Rhode Island,” said Raimondo. “I look forward to partnering with marine and composite manufacturing companies to grow our economy and get Rhode Islanders back to work.”

Moderated by Senator Whitehouse and Rich O'Maera of Core Composites, the panel discussed how the state’s composites industry is leveraging a long tradition of excellence in marine manufacturing to expand into fast-growing and dynamic new industries, such as aerospace and defense.  Hall recognized and seized this opportunity, expanding from its world-renowned marine Spars & Rigging company to create Hall Composites - a division providing the same technology and expertise in non-marine applications. 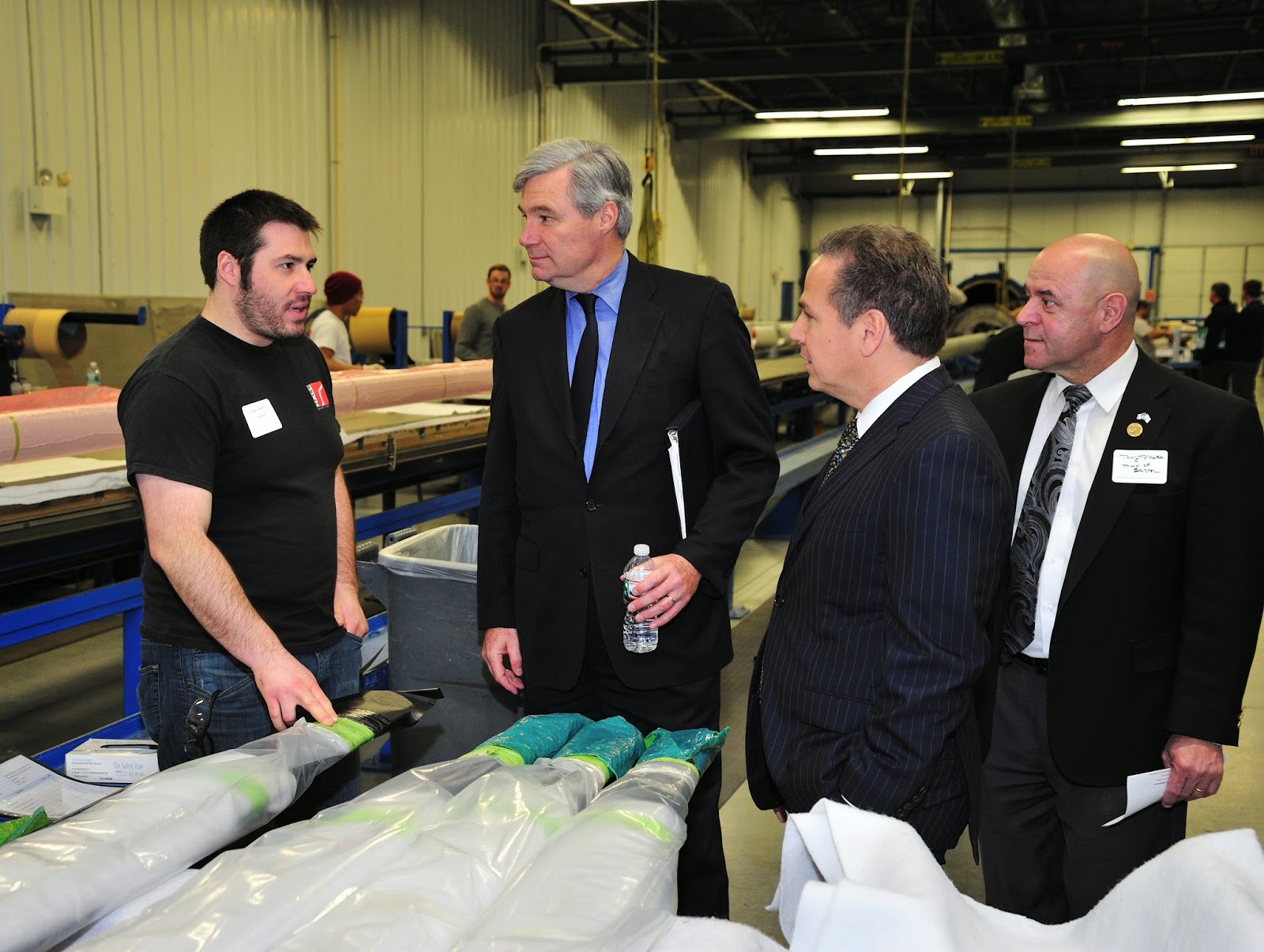 "Hall was proud to host the Composites Manufacturing Forum, as we were selected for our impressive advanced composites skills and facilities," President Eric Hall noted. "It was a privilege to give a factory tour to Assistant Secretary Williams, who was visibly interested and impressed with our factory and people." He added, "It was a great day for Hall and Rhode Island. It’s clear Mr. Williams will return to Washington impressed and willing to put a high priority on the federal investment that Rhode Island has truly earned.” 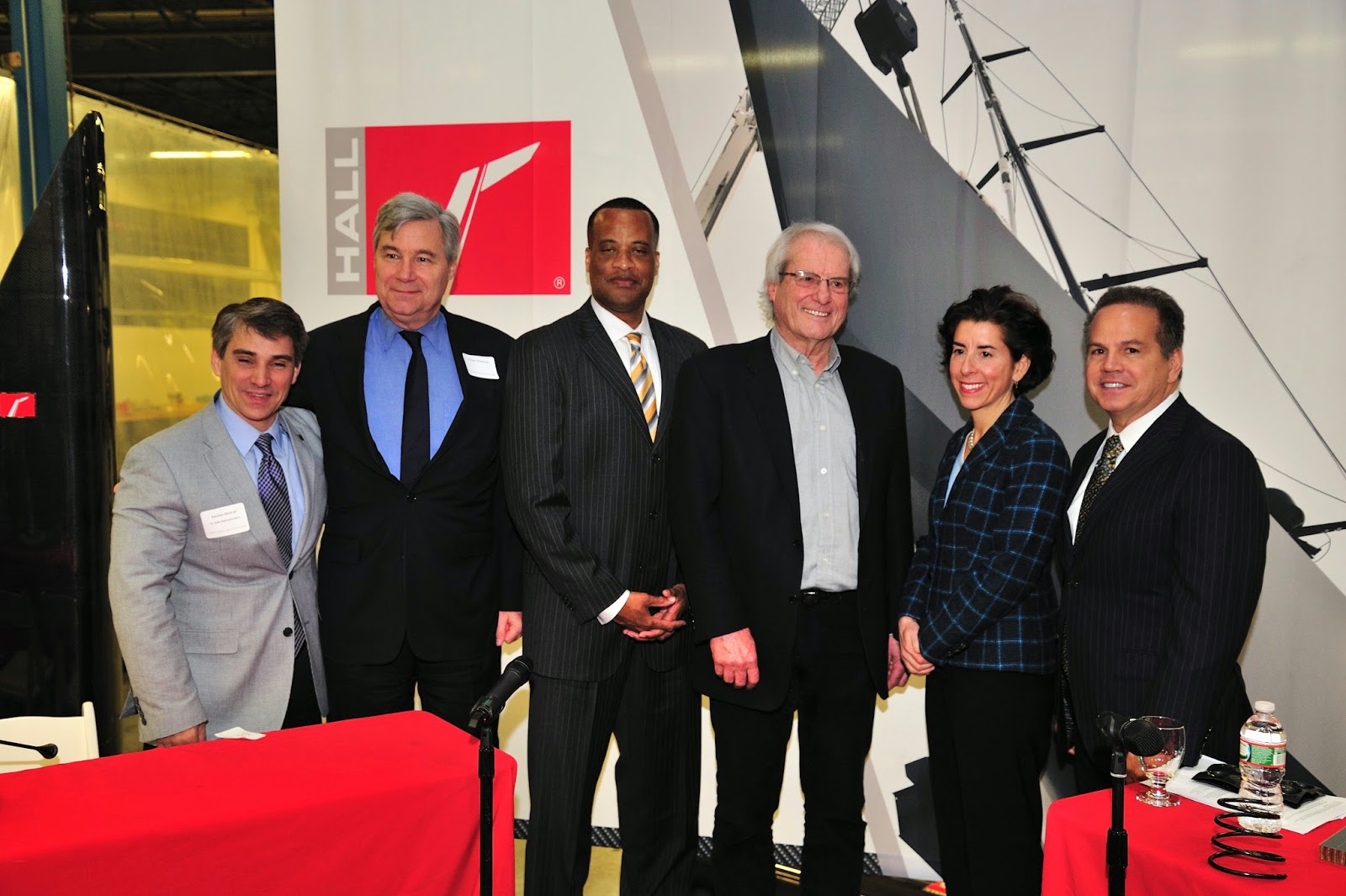