HC Tubes and the Magnus Effect

Machine factory Burgmetal located in the Dutch town called Waterlandkerkje has developed together with DMS Holland a dynamic stabilizing system for powerboats based on the Magnus-effect.

The Magnus-effect describes how the rotation of an object through a media influences its own movement, i.e. the spinning effect of a ball in flight changes its direction.

The dynamic stabilizing system consists of two rotating tubes mounted under a powerboat. On the port and starboard sides there are two vertical mounted axles. Perpendicular to these two axles there are two horizontal axles with fast spinning tubes - these rotating tubes assist in stabilizing the boat. The horizontal fast spinning tubes are manufactured by Hall Composites in Breskens, The Netherlands. 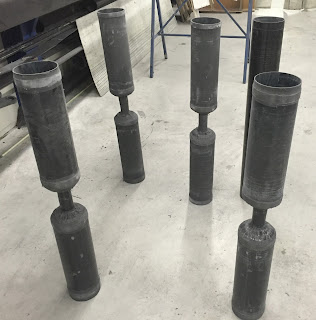 When a powerboat starts to roll by waves from other boats or the wind, the dynamic system starts its control function. The two vertical axles are rotated so the horizontal tubes are perpendicular to the direction of transit. A system of sensors and control equipment causes the two horizontal spinning tubes to rotate in a controlled fashion, either left or right independent of each other. The rotating tube on port can spin clockwise, while in the distance to the next wave it can spin counter clockwise. Meanwhile, the starboard rotating tube can perform completely different movements. Due to the fast changing rotational movement, a force from the Magnus-effect is created, counteracting the rolling movement of the boat. In calm water the vertical axles will rotate the spinning tubes in their return position in the length of the boat or direction of travel, minimizing the resistance of drag. 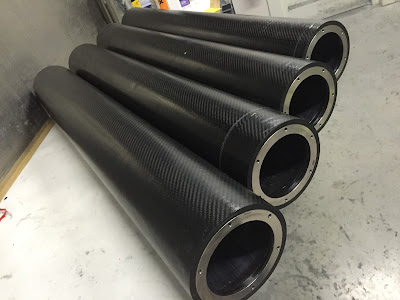 The horizontal fast spinning tubes are constructed from an inner and outer tube. The inner tube has a conical part at the center for mounting to the hydraulic powered driving shaft. The inner tube is bonded to the outer shaft; this has a metal ring for connecting a cover lid. Learn more here: